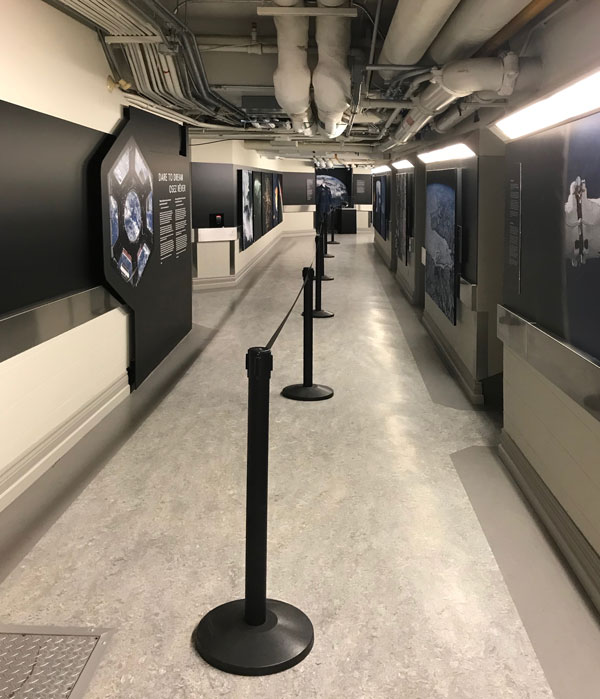 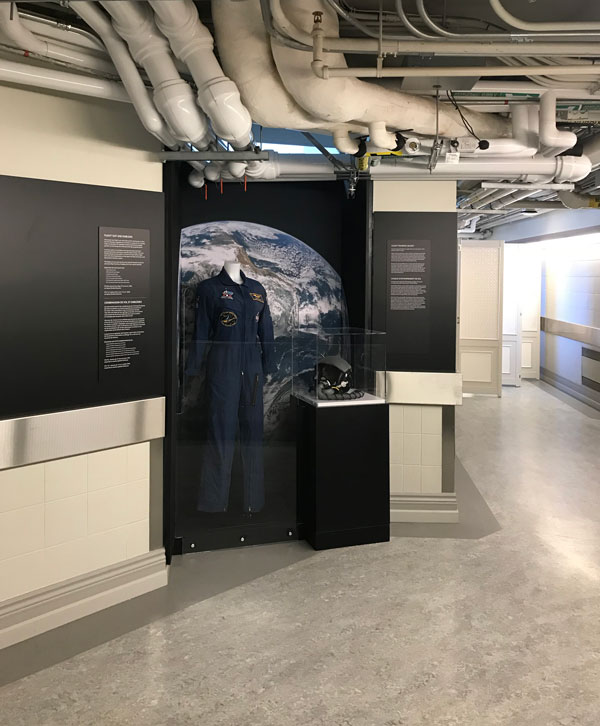 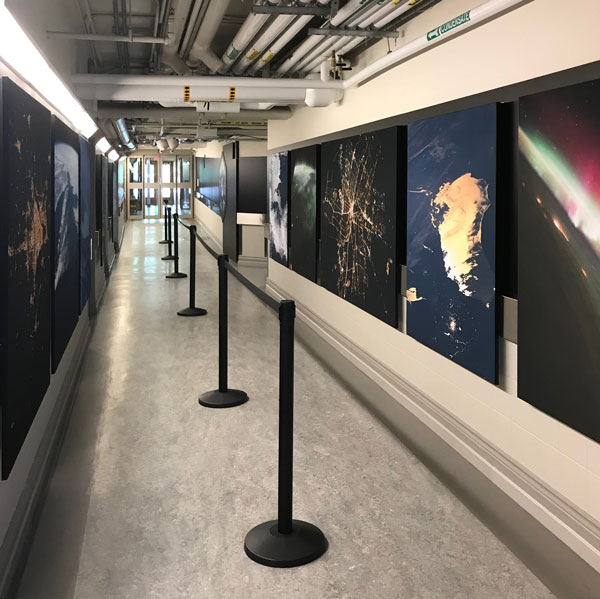 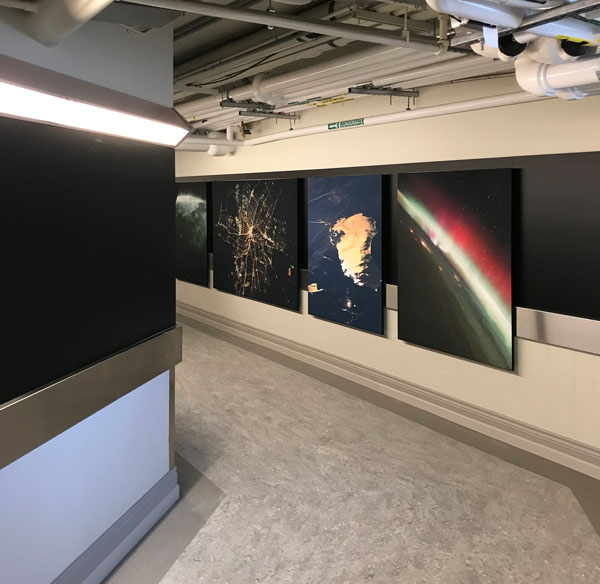 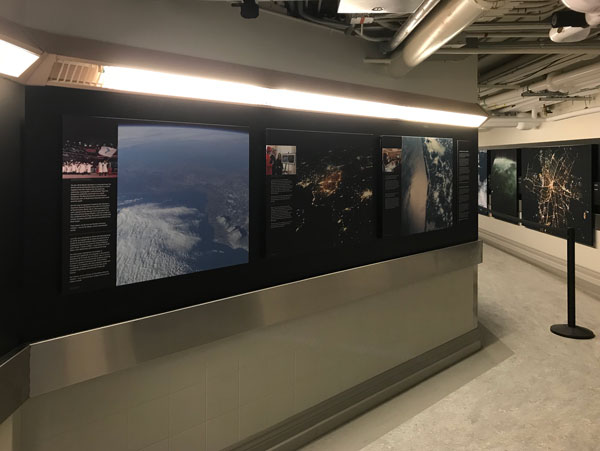 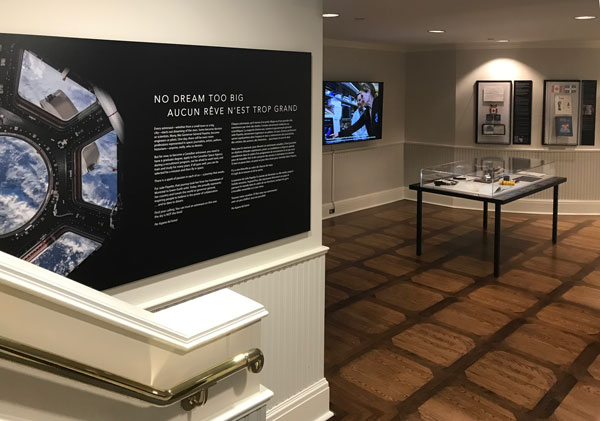 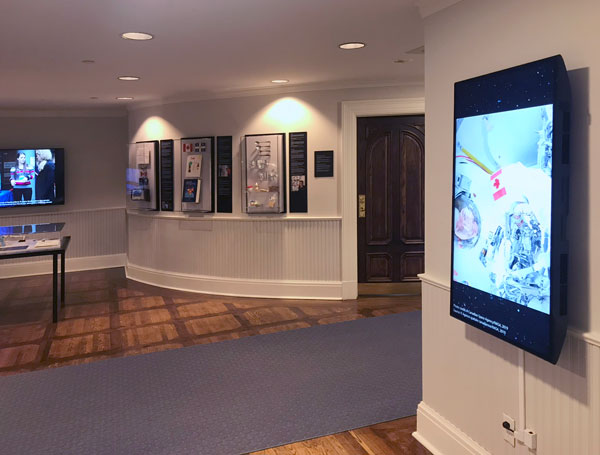 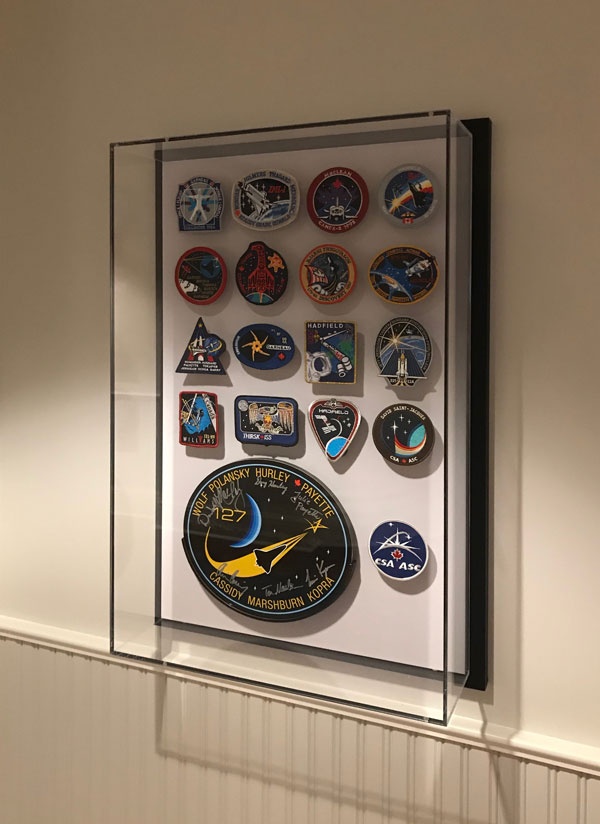 No Dream Too Big Exhibit

Intu Design created this exhibit for the Office of the Secretary to the Governor General of Canada. The exhibit highlights Canada’s contributions to space exploration and was inspired by the work of Canada’s Governor General, Her Excellency the Right Honourable Julie Payettte, a former astronaut. The exhibit space was an unusual one, comprised of a corridor and one small room.

The exhibit is meant to be experienced by visitors as they begin their tour of Rideau Hall, the Official Residence of the the Governor General of Canada. The hallway areas feature large scale images of views of every province and territory of Canada as seen from space, taken by Canadian astronauts aboard the International Space Station. We realized the potential of the existing exposed piping in the ceiling of the corridor to support the space aesthetic, enhanced by a black treatment on the walls. Artifacts ranged in size from an Astronaut flight suit belonging to Her Excellency, to small mission patches worn by crew members. The exhibition included seven custom display cases, and two AV presentations. The project was undertaken as a design-build contract. The team is proud of the final result.